These are honest testimonials from verified Japan Candy Box subscribers. Find out what others say about our monthly Japanese snack box!
4.79 / 5 stars - 345 verified reviews

So good!! I just wish there was maybe a sheet or pamphlet that told you what each thing was and maybe even the ingredients as I can’t read japanese

I love this box. The treats were delicious and even the wrappers were adorable!! I highly recommend!!

Very small. The picture was much bigger. But still it was good

Hello! I absolutely adored the candy and snacks sent to me! They came in an adorable package and I love the cute designs on all of them. I can’t wait to try them all! Thank you very much for the goodies!!

I got this box for my boyfriend and me, and honestly? It is so affordable! As a college student, this box has the best price out of every other box I researched. It came quickly, had free shipping, and included tracking! Just $30 for the high quality snack we got was such a good deal. It came with snack of varying sizes, but they were all delicious! (Even the unexpected wasabi chips, lol)

I really liked the snacks that came in the box and the little info booklet too. I’m really happy about the free shipping, especially since I live in New Zealand, and it arrived in about three weeks, which was pretty good. My favourite snack of this month’s box was the buttercream roll :)

I quite liked everything that was in the last box. I will admit the fish cracker threw me off for a moment, but after the initial hit I was hooked!!

I had purchased a quite a few snack boxes from different companies in the past but they were never well organized and lacked variety of snacks. I’m glad I gave japan candy box a chance, 100% worth it. I received snacks that I had never seen or heard before and they include a pamphlet that includes the name and description of each snack so you aren’t guessing what you are eating.

Our first box was amazing! Really enjoyed the wide variety of sweet and savory snacks. Looking forward to next month!

Found the box to be great, however wished there was more candy items rather then chips. Only tried a nibble of the Okinawa Wasabi Salty Beef Potato chips, and it was WAY to powerful of a taste, however I did have a friend who didn’t mind it and they liked it. The special mystery snack was bland and had a weird aftertaste to it, wouldn’t eat it again. The Maruto Flower Konpeito was delicious! One of my favourites from this box. The sponge of the Uncle Pierre’s Buttercream Roll Cake snack was nice, though the buttercream tasted a bit weird. I gave the Picola Uji Matcha Latte Egg Rolls to another friend as they like macha, and then said it was like a wafer stick and it tasted like a macha ice cream. My other favourite item was the Puccho Ramune Ball candy, it was so delicious! Haven’t finished the other items as of yet.

I received my box within about 2 weeks; to me, that’s pretty fast! Everything was packaged so nicely and neatly, too. The art and decoration on the box is just super cute. The snacks, though, are of course where it’s at. My first box was a success! The candy and savory snacks were super yummy. Totally looking forward to the next box!

I loved the box! I have completed a youtube review and posted it! I really liked the box.
https://youtu.be/3Dj-p8OECmg

absoloutley love our box, the whole family enjoyed sampeling all the treats

I really liked everything that was in my first box, but you definitely don’t get enough for $30.

Loved it! Surprisingly I thought most of those products would be tiny. But I loved all on there can’t wait for the next one.

Everything we have tried so far has been great! I was impressed by the wide variety of snacks and candies in my box. I thought it was just candy but I was delighted to see crackers and other savory snacks included as well. The pamphlet was extremely helpful in identifying what we were eating. Great experience overall!

All the snacks where so so so good and where super easy to know what they where because of the booklet, would order again (◍•ᴗ•◍)❤

Was a good variety of items, not as much as I was expecting but I liked everything in it which was good.

It was really nice, cant wait to get some when we can travel again

Choose the plan you like the most, place your order, and your first Japanese snack box will ship in a few days! 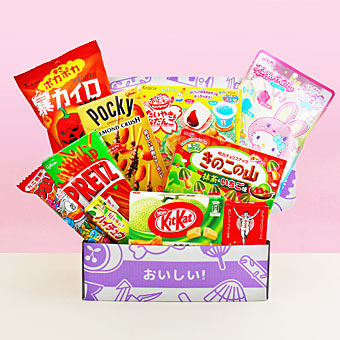 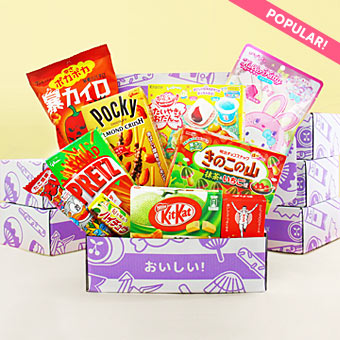 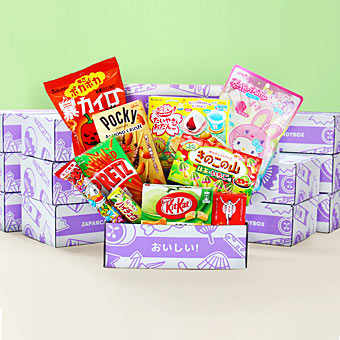